The Ins and Outs of Bodybuilding

Horleys has been proud sponsors of the annual Horleys South Pacific Natural Physique and Fitness (SPNPF) championships since 1991.

We asked Horleys INBA Bikini Pro athlete Janelle Cheesman to fill us in on what bodybuilding is all about.

What is natural bodybuilding?

Bodybuilding has been around for thousands of years, but in recent times has become tainted by the use of illegal performance enhancing drugs, such as steroids, used by many Bodybuilders to accelerate the muscle building process and enhance fat loss.

In 1990, the South Pacific Natural Physique Association was founded in New Zealand so bodybuilders who wished to follow a healthy and drug-free bodybuilding regimen could compete on a level playing field.  The International Natural Bodybuilding Association (INBA) was formed in 1998 with federations from New Zealand, the USA and Australia.  Athletes competing in INBA competitions must consent to and undergo a drug test on competition day.

Who can enter a bodybuilding competition?

Anyone can enter a bodybuilding competition.  There are many different classes and divisions available so competitors can enter a division that suits their gender, age, height, and physique.  For women, bikini, sports model, figure, physique and bodybuilding are popular categories.  Physique, sports model, and bodybuilding categories are popular divisions for men.  Each division has different standards for the competitor, this includes how the overall physique looks, degree of muscle size and definition, what the competitor wears and their stage routine.

How much preparation is involved for a bodybuilding competition?

A lot of preparation goes into preparing for a bodybuilding competition, especially if the athlete wants a shot at winning.

Leading up to a competition the athlete needs to diet and continue training.  It’s a very fine balance between the two as they need to lose body fat until they are lean enough to showcase their physique but it has to be done in such a way so that muscle mass is maintained.  This process could take anywhere from three months to a year or more, depending on how much body fat the athlete has to lose.

Building muscle mass is not only healthy in the short term, but can also have long-lasting health benefits.  Regular exercise is great for the body and mind, and looking great helps athletes feel great.

Natural bodybuilding, which means not using illegal performance enhancing drugs such as steroids, is much healthier than unnatural bodybuilding.  However, all bodybuilders put their bodies through a lot of stress to sculpt them how they want them.  They undergo intensive weight lifting, training and dieting to sculpt their bodies by building muscle and minimising body fat, which can be mentally and physically taxing.

Some bodybuilding athletes can develop disordered eating habits and body dysmorphia as a result of needing to weigh their food to the gram and needing to reach a certain body fat percentage to be competition ready in time.  In these cases, bodybuilding isn't healthy.

Why the dark tan?

If the competitor is too white, they’ll look ghostly underneath the stage lights, losing them points.  They’ll also lose points if they’re too dark.  The tan needs to be perfect for the division the athlete is competing in, because dark skin highlights definition and the muscles the athlete has worked hard for.

A bodybuilding tan is different to a normal spray tan.  Not only is it much darker (obviously!) but it usually contains a top coat with shimmer for showing off optimum muscle definition.

What happens on competition day?

Competition day is the best part for the athlete – it's a chance them to show off all their hard work!

A bodybuilding competition is an all-day event, starting early with preparations and drug testing.  If you go backstage during a competition, you’ll see athletes pumping weights just before they go on stage.  This gets blood flowing to muscles, enhancing the way they look.

Athletes are assessed during pre-judging, which happens throughout the day.  Competitors line up side-by-side and perform quarter turns and compulsory poses on stage; the panel of judges rates the competitors in each class from first to last place.  They're looking for the best physiques in the line-up that suit the requirements of that particular division.  They’re not necessarily looking for the biggest muscles; symmetry, proportion and stage presence are often more important criteria.

Once pre-judging is complete, it’s time for the final show.  This is another opportunity for the athlete to show-off the body for which they've worked so hard.  At the end, winners of each class are announced; these winners are judged again together to find an overall winner.

After the show, athletes can finally relax their strict regimen from the past few months before starting all over again.

Horleys is the trusted supplement brand choice for natural bodybuilding athletes who don’t want to risk using supplements with ingredients that may lead to a positive drug test. 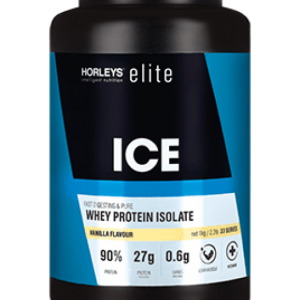 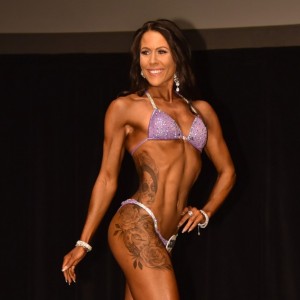 TIP: To make protein oats, make sure you mix ICE WPI in after cooking the oats to achieve the best…
Find out more
Next blog post … 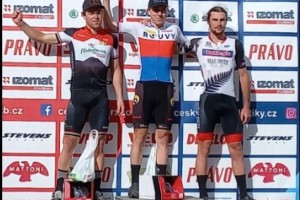 Tips on nutrition, activity and motivation to help you reach your weight loss goal.

All the resources you need to support your training for maximum gains.

Make the most of every workout with the energy and nutrients you need.