The Torpedo7 team comprises 18 riders racing in downhill, 15 in cross-country, and two E-MTB riders set for the Haute-Savoie Alpes region of south-west France, at the ski resort and mountain bike haven of Les Gets, which is close to the Swiss border.

The gravity riders, for many years with the focus on the group of proven kiwi professionals, may look to youth at Les Gets from 24-28 August.

The junior men’s team is led by Lachlan Stevens-McNab (Rotorua), who claimed a bronze medal in this grade last year in Italy and is currently third in the UCI Mountain Bike World Cup standings.

Another Rotorua rider, the super-talented Jenna Hastings finished on the podium in the under-19 women at the recent World cup in Andorra and is third in the overall rankings.

There will be plenty of support for Queenstown’s national elite champion Jess Blewitt, who has bounced back from an horrific crash last year, and at just 20 years of age, she placed fourth in the elite women at the Andorra World Cup.

Now racing under the GT Factory banner, Blewitt jumped to11th overall in the rankings after just two World Cup starts and was eighth in Italy last year. She might draw inspiration from another kiwi who shone at Les Gets when it last hosted the world championships in 2004, in Vanessa Quin (now Vanessa Urwin) who remains the only kiwi elite to win a mountain bike world title.

There is still a powerful group of elite men led by Taranaki’s super-consistent Ed Masters (Pivot Factory), the MS Mondraker pair of Brook MacDonald and Tuhoto-Ariki Pene, who was 14th in his elite debut last year. Watch too for two-time national champion George Brannigan (NS Bikes UR), who had a season-best 16th at Andorra.

Anton Cooper (Trek Factory) will be looking for an improved showing this year, following his sixth place at the Tokyo Olympics. Anton had to miss the Commonwealth Games in Birmingham after contracting Covid-19 prior to race day, he will be looking to make up for this with a big ride in Les Gets.

Last year Sam Gaze (Alpecin-Fenix) re-emerged from an injury and illness conspired time out of the sport to finish sixth in the elite cross-country and his improving form showed with a Gold Medal at the Commonwealth Games last week.

The elite men’s is completed with North Canterbury brothers Ben and Craig Oliver. Ben is coming into Les Gets off the back of his Silver Medal at the Commonwealth Games and will be pushing for another big result.

Several of the under-23 team have enjoyed some European experience this year which will aid their preparations, especially with Les Gets perched over 1100m in altitude.

Cameron Clemett and Toby Meek (selected but not competing).

Ben Wilson (selected but not competing).

Annabel Bligh (selected but not competing).

Charlie Millington (selected but not competing). 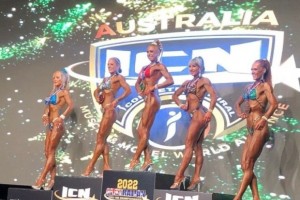