Read on to learn more about your body, exercise and the interplay of: Fatigue, Water & Metabolism, Dehydration, Fluid Loss and Exercise Performance, and Rehydration Strategies.

Fatigue is a state of decreased capacity for work due to a previous workload. There are many mechanisms thought to be responsible for fatigue observed during prolonged and strenuous exercise. These include dehydration, altered cellular water balance, hyperthermia, muscle damage, loss of muscle electrolytes, reduced ATP re-synthesis, altered sarcoplasmic reticulum function, impaired excitation-contraction coupling etc.

The type, intensity and duration of exercise primarily determines the relative importance of these various mechanisms in fatigue. It is also influenced by environmental conditions, diet and training status of individuals.

Dehydration and carbohydrate depletion are the major causes of fatigue. Studies have shown fluid and energy replacement before, during and after exercise sessions has significant physiological and ergogenic benefits1.  Fluid balance and maintenance of circulating bodily fluids have been proven to be important factors influencing thermoregulation and exercise performance2.

Water - an Essential Component of the Body.

The total amount of water in the average adult human body (70kg) is approximately 42 litres, averaging 60% of the total body weight3.  Water is an essential component in all cell and metabolic reactions. At a cellular level, water transports nutrients and removes wastes. It maintains blood volume and plays a vital role in cardiovascular system. Water also regulates body temperature.

Inadequate body water content leads to an increase in body temperature and a decrease in the ability of the heart to pump the blood.

The risk of dehydration is always present for athletes, and ineffective fluid intake can turn the risk into reality.

Hypohydration, a state of decreased body water content, occurs when body fluid losses are not fully replaced. Hypohydration prior to exercise can alter circulatory, thermoregulatory and metabolic functions as a result of progressive dehydration due to excessive sweat loss during exercise. Increased sweating leads to a condition called cardiac drift, which includes symptoms such as peripheral displacement of blood, a reduction in central blood volume, reduction in stroke volume and increase in heart rate.

During prolonged exercise there is also a progressive increase in body temperature that is determined primarily by the balance between the rate of metabolic heat production and heat dissipation. It is also influenced by the degree of exercise-induced dehydration. This is referred as thermoregulatory drift.

Continued physical exertion with these functions running at a sub-optimal levels will lead to an exhaustion or heat injury that will force the athlete off the field.  Dehydration and hypothermia not only impair physiological function and exercise performance but also represent a major threat to the health and well-being of individuals exercising in the heat.

During exercise, sweating is the primary mode for loss of body fluid. Sweating is the most important mechanism to dissipate excess body heat generated by muscular activity, or gained via convection from a hot environment. Overheating can lead to rapid exhaustion, fatigue, and even collapse.

Sweat rates among individuals vary markedly and are influenced by the relative intensity of exercise, the state of fitness and acclimatisation of an athlete and the environmental playing conditions (temperature, relative humidity, wind speed). The sweat losses of athletes participating in long distance athletic events have been well documented and are typically around 1.0-1.2 L/h in temperate weather conditions. However, some athletes can sweat up to 2.0L/h during prolonged exercise in hot and humid environments4.

While trained athletes are capable of tolerating fluid losses of 4-5% of body mass5, losses of as little as 2% of body mass may cause impairment of thermoregulation and result in an approximate 20% loss in physical performance. The performance of high intensity exercise is significantly impaired by fluid deficits as low as 1.8% of the body mass6. The body can collapse when water loss approaches 7%3. A 10% loss of body weight can lead to heat stroke and heat exhaustion, which becomes life threatening.

In general, day to day replacement of fluid in normal healthy people is well regulated by thirst and excretion. However, under stress conditions (e.g. exercise, environmental heat and cold, altitude) thirst may not be a sufficient stimulus for maintaining euhydration7.

Optimal hydration involves fluid intake before, during and after exercise sessions. In most situations sweat losses during exercise exceed the opportunities for fluid replacement during the activity. Therefore, it is important that remaining fluid deficits are corrected during post exercise recovery, particularly in preparation for future exercise.

It has been frequently observed across a range of sports that athletes typically replace 30-70% of sweat losses incurred during exercise6. Thus most athletes can expect to finish training or competition sessions with a mild to moderate degree of hypohydration. An effective drinking strategy will minimise the risks associated with dehydration and hyperthermia8, which results in improved physical performance. To avoid hypohydration, an athlete should follow these guidelines:

Monthly Supplement Advice and Special Offers to Your Inbox… 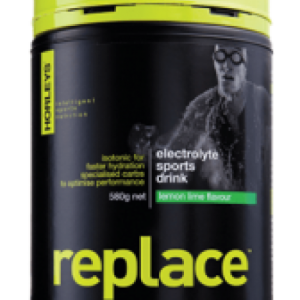 Make the most of every workout with the energy and nutrients you need.

Whatever your reason for training, recovery plays a crucial role in achieving your goals.